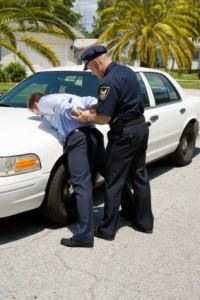 Between December 20, 2011, and New Year’s Day, sobriety checkpoints in New Hampshire set up by law enforcement agencies resulted in the arrest of 24 people on suspicion of driving under the influence of alcohol (DUI), according to a news report from New England Cable News (NECN).

In addition, police arrested 11 people on suspicion of driving on suspended licenses and 45 arrests on suspicion of other criminal activities between Christmas and New Year’s. Police increased their visibility, including using sobriety checkpoints, roving patrols, and a media campaign, to encourage people not to drink and drive or to do other things that might be criminal during the holiday season.

New Hampshire law requires law enforcement agencies to get a court’s approval before setting up a sobriety checkpoint. Despite this requirement, New Hampshire police in various areas set up multiple checkpoints throughout the year. The U.S. Department of Transportation (DOT) encourages the use of sobriety checkpoints, but only in conjunction with a broader policy that uses media awareness, moving patrols, and other methods to screen drivers for possible alcohol use and tries to gather as much information as possible before making the decision to arrest.

Sobriety checkpoints are just one way a person may be arrested on suspicion of drunk driving in New Hampshire. If you’re facing DUI charges, the experienced Manchester DWI defense attorneys at Tenn And Tenn, P.A. can help. Call us today at (888) 332-5855 to learn more about your legal rights and options. The initial telephone consultation is free and confidential.